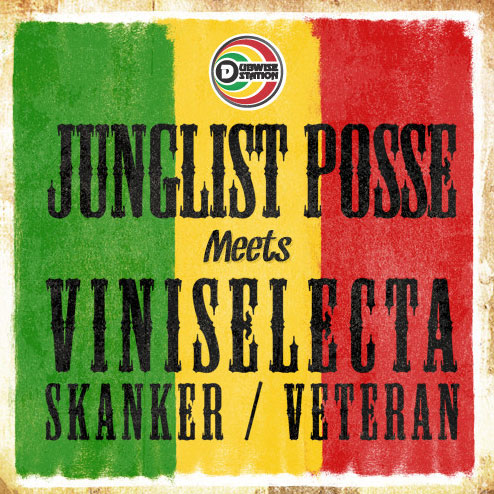 For the 4th release on the label, Dubwise Station has teamed with Junglist Possee (DJ Djam & DJ Science). Back in the early 90s, as true pioneers, they brought Jungle to France. When today most of you browse online shop to get your tunes, those guys were travelling from Paris to London to buy their vinyls. Trusting the jungle sound would have the same effect on dancefloors on the other side of the channel, they’ve committed to make it happened and they soon opened the way for the biggest name in the game to come and play alongside them. Every week end you could see them play with the likes of Mickey Finn, DJ Hype, Navigator, The Ragga Twins, Daren Jay, MC GQ, Krust, Die, Break and many more… For the release they’ve brought us a sound that is a touch more Jump Up than what you’re used to on the label but both tunes are packed with energy and will do justice to any dancefloor. To spice things up the boys have teamed up our own Viniselecta to give it that little extra boost.