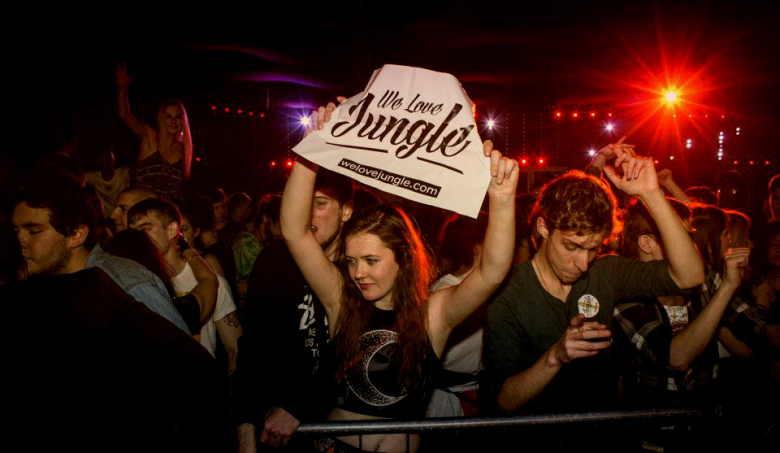 We Love Jungle are launching the first ever award ceremony to celebrate over 25yrs of Jungle music heritage. We Love Jungle are honoured to announce the much-anticipated Jungle Awards Ceremony 2015 that will take place on the 21st August 2015 at The Qube Project; symbolically bringing jungle back to its London roots!

Bringing together the most influential people in the jungle music industry, We Love Jungle have counted the public votes and are honouring 150 nominees who have shaped the industry. As well as announcing the winners, we have legendary acts alongside breaking new talent performing across 3 rooms.

Jungle music has influenced almost all modern genres. We believe that now is the time to acknowledge, reward and honour those who have shaped our musical landscape, positively impacted our lives and created memories that we all hold dear.

Join us on our journey as we utilise our experience, knowledge and understanding of the industry to facilitate connections and create one collective voice. Liondub, Best radio show nominee, NYC based DJ and producer says “Jungle is a way of life for me…It’s a culture, a family, and a sound that evolved out the ends of the UK and now the world. It’s the product of blending UK hardcore rave, breakbeat and inner city culture with Jamaican Reggae, Dub, Dancehall soundsystem culture, and early NYC hip-hop flavours. To me its the perfect combination.”

Not only will it be an opportunity for the public to rave with the biggest names in the industry, but also bring together influences past and present and to show the public appreciation of the jungle music scene. Bladerunner, best jungle DJ, best jungle producer, best jungle single nominee – “Jungle music means everything to me, I can’t imagine my life without it… And now, ten years after my first release, I am so humbled to be recognised for the music I have made, it’s a real honour for me to be able to play all over the world for people who love what I’m doing, I still can’t believe it!”