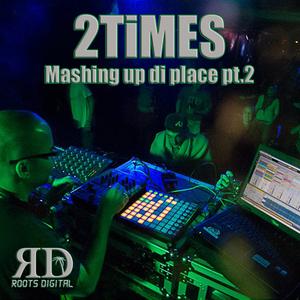 2Times started making beats for Headliners with only a Roland MC-303 and a Yamaha SU-10 pocket sampler in the mid 90’s. Not only hiphop but he was also experimenting with Breakbeats/Jungle/DnB.
Always wanted having his own studio. He started buying more synths, effect units and a mixer over the years.
Nowadays a lot is done with software but he still uses synths for certain basslines and stuff.
He came up with the idea to do live sets instead of DJ-ing.
In those days parties were dominated by DJ’s so doing a live set made it different.
Live DnB/Jungle was still kinda new in 2000 but was growing fast.
He formed 2Times and started doing Live shows together with Dj Period (R.I.P) and Mc P-Irie.
Later on P-irie stopped mc-ing and He got in contact MC Miko and Kosmoz.
In the beginning of 2003 Zoocrew started to organise DnB parties in the Boerderij in Zoetermeer and 2Times became a residential act.
In 2004 They performed at several party’s in Zoetermeer, The Hague, Utrecht, Amsterdam, Rotterdam and Venlo.
Next to that he did some remixes for FunX Radio and work with Jahva Sound, a dutch Reggae Sound System.
In 2006 things started to get a little boring and there was no more inspiration.
Since the Beginning of 2008 he started producing again but concentrated only on Dubs and Jungle.

Mashing up di Place pt2 by 2times on Mixcloud