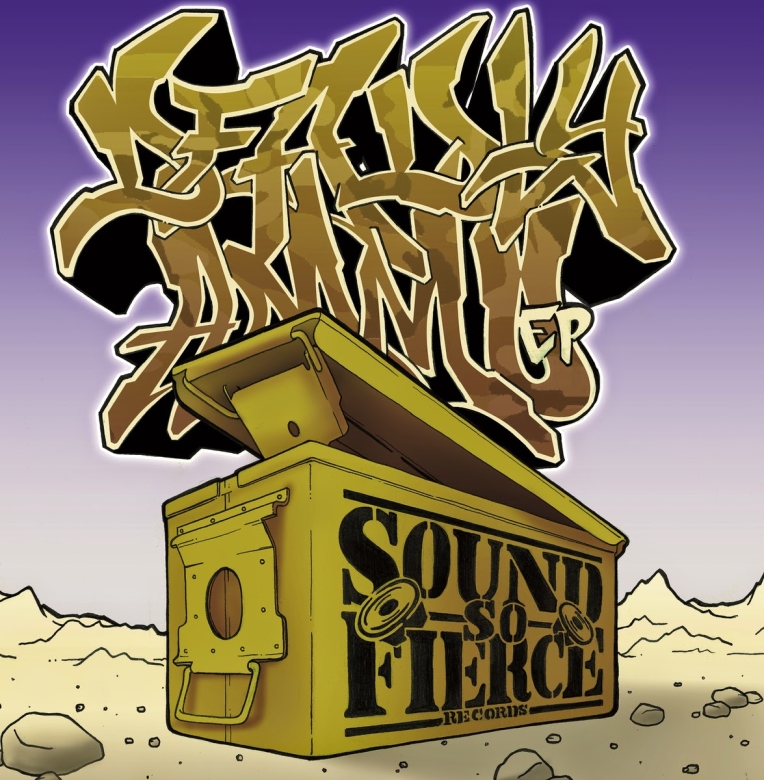 Brand new California based jungle label, Sounds So Fierce Records present one hell of a debut release in the form of the ‘Deadly Ammo EP’

The EP opens with the absolutely rinsing amen-fest, ‘Badboys And Police’ by Genral Malice, chock full of rudebwoy chat, enveloping Reese bass and brain searing mentasms to get you hyped up to maximum effect. 16AJ (aka 16 Armed Jack) drops ‘The Pirates Anthem’ next bigging up the illegal radio station crews of jungle’s glory days with a dub skank and machine-gun fire breaks.

On the flipside Kid B flings down his heavyweight, ruffneck bass and breaks roller, ‘Long Live Jah’ featuring enuff uplifting, dancehall vibes throughout, and to close things off Default remixes DJ K’s ‘Flyin’ from way back in 2004 and gives the cheeky ragga vs. Lenny Kravitz original a slamming 2015 revamp.

Altogether, the ‘Deadly Ammo EP’ highlights the fact that the ragga jungle sound is very much still alive 22 years on from it’s conception and deserves the support of all who call themselves Junglist!!!!

The ‘Deadly Ammo EP’ is available to purchase directly from the Sounds So Fierce Records Bandcamp page in 4-track Digital, Limited Edition Black and Camouflage vinyl formats to satisfy the needs off all discerning jungle heads. So don’t delay on getting onto this one!!!

Purchase From Sound So Fierce Bandcamp