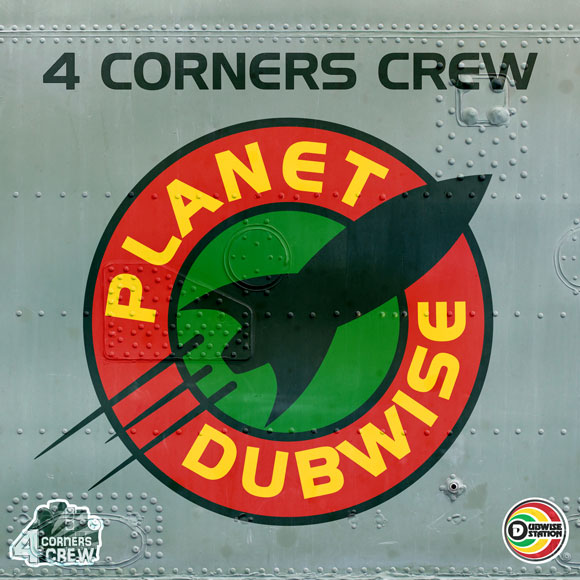 After a year of existence, 7 releases, 3 nights and 30 radio shows, 2013 has been more than an intense start for a first year. With no time to waste to get 2014 rolling, we bring you our first release this year. And we start punching in the heavy weight straight up with nothing less than the 4 Corners Crew album.
The German duo made of Sia Fu and Zinne has been a reference on the dubwise scene for the last 6 years with some of their tunes and remixes coming out on labels such as Dirty Dubsters Digital, Run Tingz and JungleX.

Planet Dubwise, is a fine piece work made with original vocals only. All of this recorded by the boys themselves to which they’ve added their signature DnB production style, taking inspiration from the most appreciated reggae vibes out there and composed with the dancefloor in mind.
So here’s how it breaks down, on top of the four original tracks from the 4 Corners Crew featuring Terry Ganzy, Ziggy and no one else than the original General Levy himself, we’ve added a remix for each of them. This time bringing you a true international legion of Dubwise soldiers with the ones like Frisk representing the UK, Isaac Maya representing Mexico, Kursiva for Spain and our inhouse duo U.Stone & Viniselecta with their French touch.
So if you like to get the dancefloors steaming this winter don’t wait any longer and pre order your copy of Planet Dubwise today. The release date set to the 10th of February 2014.