Ending off the year with a bang! This 27-track compilation showcases the current state of jungle / dnb music in America.
Plenty of amen bangers on this release but also plenty of new and different jungle sounds like the floating Indonesian sonic textures by LA’s Indradevi who incorporate Asian elements into their DnB.
Doctor Genesis and Ajax Beats each submitted smooth ‘Good Lookin’ sounding tracks that will leave you relaxed and hypnotized with lush strings and dubbed out sounds over mid-tempo jungle breaks.
We’ve even included a previously unreleased steppin’ future jungle track by Hoodz as well as a few collabs between R.A.W. and some of his Cali homies: Delano / Dip Vertigo and Six Foot Unda.
We hope this compilation gives some shine to our homegrown talent that sometimes gets overlooked by the majority of the jungle / dnb music community. Volume 2 is already being worked on….STAY TUNED! 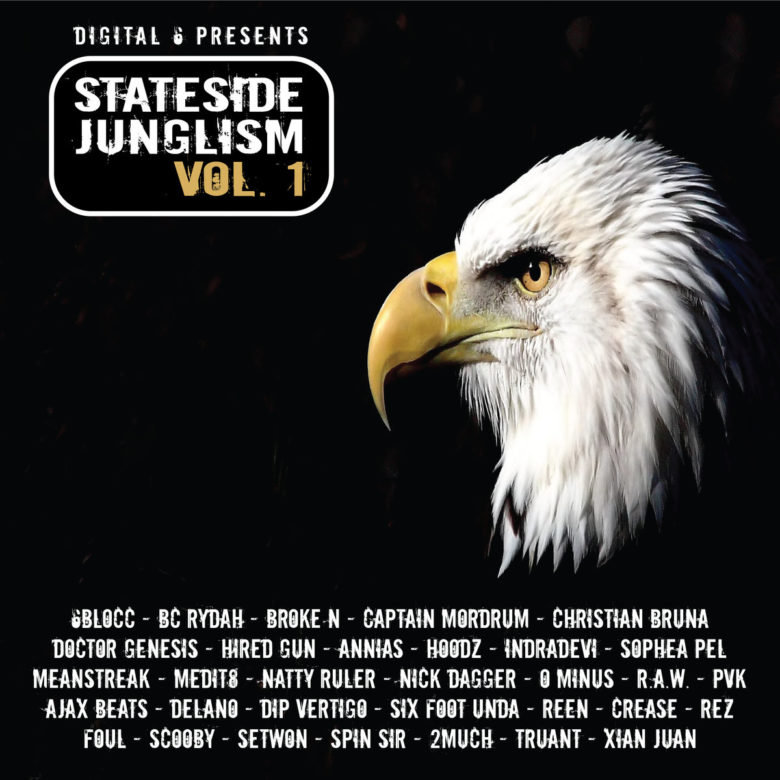