Raggajungle.biz will be giving away a free copy of Junglist Network’s Mix CD on the day of the launch on 17th march 2k16.
To WIN just post a comment with your favourite jungle tune under this post!

Junglist Network’s “Future Classics” Mix CD – Mixed by Walshy Selecta and featuring 15 of the biggest tracks on the Jungle scene from the last year. 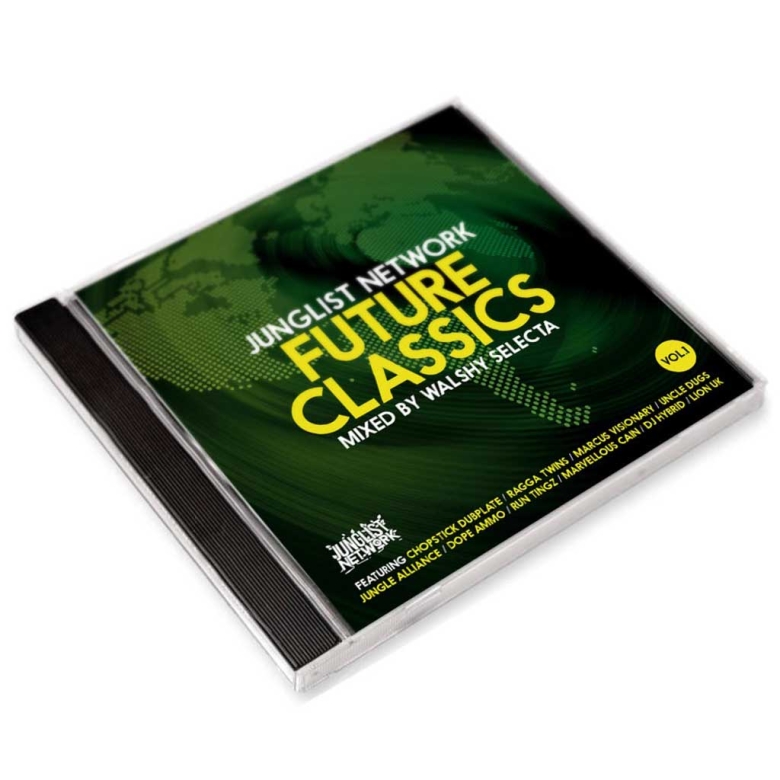 Junglist Network present the first Mix Album that will stamp a mark in the timeline of the Jungle Sound. 15 tracks from across the world which capture the vibe of the Jungle scene right now. Jungle survices through it’s constant evolution. It influences and is influenced by the sounds around it. The Annual Junglist Network mix CD aims to be a constant in this ever changing scene.

Join the Junglist Network on a journey through 15 future classic tracks from the last year. From Reggae infused Jungle through to dancefloor monsters. With their 2015 DJ Competition winner Walshy Selecta at the helm guiding them through the Amen soundscape and blasting us into the stratosphere.

Buy it for just £4.99 from the Junglist Network Shop. This album is limited to only 400 copies and is not available for digital download.